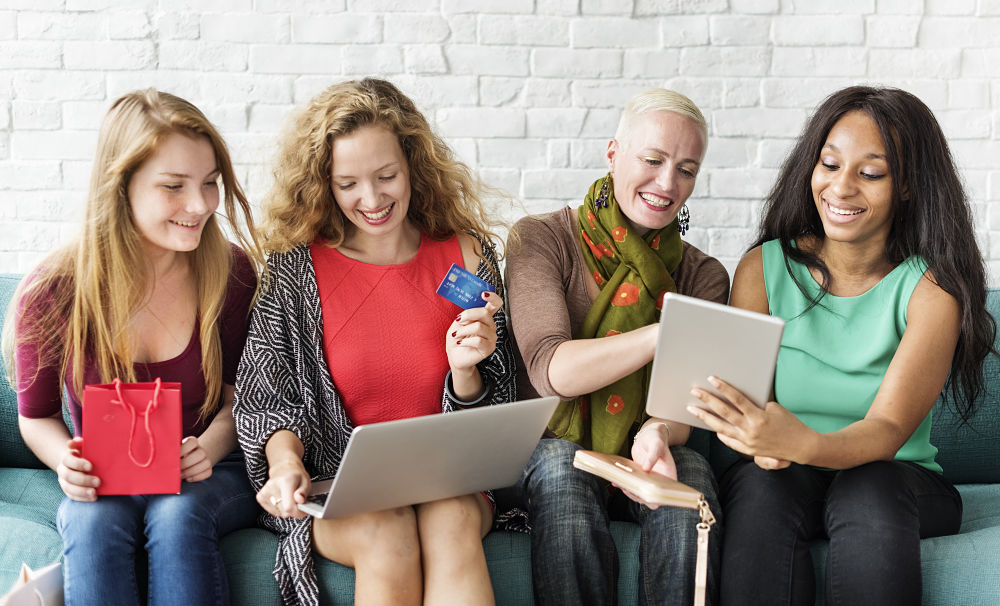 There’s no doubt online shopping continues to experience massive growth. In fact, we’d almost be prepared to say that we’re now well and truly out of the ‘trend’ phase. eCommerce is now part of the regular Australian shopping landscape and most definitely here to stay (otherwise why would Amazon have invested so heavily?).

But in order to make the most of that, the one thing you have to do is know your customer inside and out. Generation Y, Australia’s largest generation to date, set to be around 75% of the workforce by 2025, is at the forefront of those driving online shopping.

Now out of uni, they’re looking to buy homes, start a family and get married. Now there’s nothing unusual about that, except maybe the order is different from previous generations. And they’re getting married at a higher rate than Gen X too.

As a generation, they’re pretty goal-oriented around their career, property and financial objectives. But the real change is in who holds the purse strings. For the baby boomer generation it was the men who generally made the financial decisions. Gen X, although ‘owned’ and driven by higher male wages, tended to share the more of the financial decision-making or they had separate accounts. However, for Gen Y, it’s the women that stand out.

Gen Y women might look like they’re driven by price. However more often they’re driven by what they perceive as value, variety (particularly in rural and regional locations) and a product that meets their aspirations. They want what they want, they’ll give up a feature or benefit or two along the way and they’re prepared to search for the right etailer at the right price. These are the people that are driving much of the sharing economy. Why buy when you can wear that amazing piece of designer couture, or take a statement handbag for a spin – for a night and then return it and get a new piece. Sharing economy aside, the gals are in the ‘accumulation phase’ of wealth and stuff.

Gen Y women are increasingly purchasing homes on their own. According to a recent ING survey, Gen Y women accounted for almost a quarter (23%) of home loan settlements across the country – up from 14% in 2009.

But buying into the Australian dream of owning a home of one’s own in the current economic conditions of low wages growth, higher than average youth unemployment and university debt is harder than it once was. No longer residing in Sydney, Melbourne, Brisbane, etc’s inner or middle rings, they’re now buying up in the outer rings and these areas are now experiencing some real growth.

Why do you need to know this? Because chances are you’re advertising via Adwords, or Facebook – especially now with the recent changes of pay to play. And you’ll want to know the locations of where most of the growth is taking place.

Now granted that your demographic might currently be nanas in Sydney’s eastern suburbs and that’s great. However, over time, those outer ring suburbs are going to be where the majority of the ecommerce cash flow lives – either with GenY or their children (who again are likely to be another large generation). So best be getting up close and personal with them now.

In a recent Aussie Homeloans report, the National top 20 regions that have experienced the highest growth for suburbs for families with kids are all situated in Sydney or Melbourne. Think outer ring suburbs or regional centres.

In NSW metro, it’s Bringelly, Mount Druit, Gosford, The Ponds, Schofields, Campbeltown and Liverpool. Oh and Baulkham Hills (the Hills district’s particularly driven by a raft of new apartment construction, and plans for new public transport options. Still in NSW, Rouse Hill has one of the most interesting demographics (especially for online shopping) with 40% of its population being under 25 years old – which of course means the likelihood of a higher than average disposable income to spend on online shopping. In NSW regional, you’ll want to look at Albury.

In Victoria, some of the key areas are Ballarat, Grovedale and Hoppers Crossing. But to drive home the point of Gen Y home buyers driving online shopping (especially around fashion), one of the top locations for online shopping according to Australia Post is Point Cook (partially due to its lack of physical shopping options). It’s one of the fastest-growing housing boom suburbs in Australia with 941 houses sold in the last 12 months.

Lots of info to digest there. The real message is to look at where your sales are coming from and look for other places just like them (and people just like them) to target in order to build your business further.